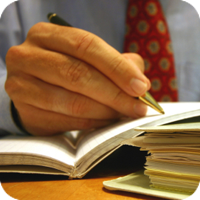 Studies such as the ones below continue to demonstrate the value of acupuncture as an effective, safe and low-cost medical system.


Many studies that have been conducted on the healing effects of acupuncture.  Studies such as the ones below continue to scientifically demonstrate the value of acupuncture as an effective, safe and low-cost medical system. Summaries of just a few studies are outlined below.

Osteoarthritis  of the Knee (University of Maryland Doctors)

The study showed that acupuncture is a very effective complementary therapy for people with osteoarthritis of the knees. This is the largest acupuncture study ever conducted. Many of the patients in the study were taking anti-inflammatory as part of a Western medicine treatment, yet still experienced significant pain. When acupuncture was added to the treatments, the majority of the participants reported substantial improvement. Traditional Chinese acupuncture was applied to one half of the patients, while "sham" acupuncture was administered to the rest of the patients. Treatments were given 2 times per week over a 26 week period for both the "blind" group and the patients who were treated with real acupuncture. They were assessed at the beginning of the study, 4 weeks, 8 weeks, 14 weeks and at 26 weeks. At the end of the 26 weeks, patients treated with Traditional Chinese acupuncture experienced a higher level of pain relief and function, compared to the "blind" group. Overall, patients receiving true acupuncture indicated a 40% improvement from their baseline scores.

In a study conducted to determine the effect of acupuncture on the ability to become pregnant for women undergoing In-vitro Fertilization treatment, the results were once again in favor of the use of acupuncture as a complementary treatment. The study showed an increase of 30% in the number of women who became pregnant in the group treated with acupuncture vs. 23% in the control group, among a patient pool of 228 women receiving IVF. While this is statistically smaller than expected, in separate studies of 800 women altogether, those who received acupuncture, in addition to IVF, were 50% more likely to become pregnant than women who underwent IVF alone.

This study found that acupuncture can be an effective treatment for drug addiction. A three month program found that a statistically significant percentage of drug users reduced their drug use after being treated with acupuncture. Many preferred acupuncture to methadone.

Pain  (University of Medicine and Dentistry of New Jersey)

This study, while small, found that 30 minutes of treatment of traditional acupuncture reduced pain by up to 70%. The level of pain was measured by an MRI which showed considerably decreased levels of activity in 9 different areas of the brain associated with pain. The results coincided with the patients' reports of decreased pain. The response was even greater among those who received electrical stimulation.

Scientists performed a study that found acupuncture is very effective in helping to relieve extreme fatigue in patients undergoing chemotherapy for cancer. Fatigue is the most common complaint among cancer patients. 47 patients were given a course of 6- twenty minute sessions over a period of three weeks. The participants who received acupuncture reported an increased level of energy, allowing them to enjoy some everyday activities such as shopping and socializing, which had been severely restricted prior to the treatment. Patients receiving the real acupuncture reported 36% improvement compared to a .6% improvement in those patients receiving "sham" acupuncture.

From 1997 to 1999 studies were conducted to explore the effectiveness of acupuncture in alleviating hot flashes, insomnia and nervousness in menopausal women. It was found that during the course of acupuncture treatment, hot flashes decreased by 35 percent and insomnia decreased by 50 percent. A follow-up study revealed hot flashes significantly decreased in those receiving acupuncture, compared to those receiving routine care.
Insomnia & Poor Sleep  (Journal of Clinical Medicine, Sleep Medicine)
This study conducted by Wei Huang, MD., Ph.D., Nancy Kutner, Ph.D., Donald L. Bliwise, Ph.D. illustrates the principles of acupuncture intervention applied to cases of otherwise intractable insomnia that documents successful application of  acupuncture  (a component of Traditional Chinese Medicine) to the treatment of poor sleep.