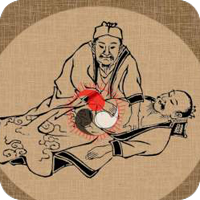 In its infancy, Acupuncturists employed sharpened stones to apply pressure in specific areas of the body.

Acupuncture is one of the earliest forms of healing, dating back 5000 years, utilizing needles to provide relief of pain and other common ailments. In its infancy, sharpened stones were used to apply pressure in specific areas of the body. Over time, stones gave way to bones and finally, to hair-thin needles.

The early records, going back to Shang dynasty (1000BC), doctors of Chinese medicine held discussions of medical disorders, recorded illnesses and their treatments. In the Han Dynasty (206 BC) the basics of Chinese medical theory were established including the concepts of relation between Yin and Yang, the channel theory, acupuncture needling methods and sophisticated pharmacopeia.

In the 6th century practice of Chinese medicine and acupuncture was introduced to Korea and Japan and with time, developed their own variations of Oriental medicine. In 1026 AD during the Song Dynasty, a complete illustrated manual and Bronze Figure depicting all acupuncture and moxibustion points of the 14 channels, was compiled.

During the Ming Dynasty (1450 AD) in China, the advancement of Acupuncture progressed into a true healing discipline, including written books on the topic, improvement of techniques, and the development of Moxa sticks to apply heat.

In the early 20th century China began to see an explosion in population and practicing Acupuncturists were in high demand, therefore the use of Western medical techniques became popular, while the practice of Acupuncture faded from the mainstream forms of healing techniques. Acupuncture was banned in cities when Chang Khi Chek took power in 1932. Just 13 years later, when Mao Tse Tung closed the doors to China and Western society, including medical practice, Acupuncture was restored to its honored place in Chinese medicine.

During the late 20th century Acupuncture was introduced into Western civilization as the Chinese government once again opened its doors to the rest of the world in 1972. Around this time, Acupuncture was revealed to the West in a grand way when New York Times journalist, James Reston, had an emergency appendectomy while in China and acupuncture was used as the anesthetic. He later wrote about his experience in the Times and interest piqued among American medical practitioners.

Today, countries in Asia, such as China, Taiwan, Japan and Korea, along with Western European countries and America are constantly studying, researching and developing Acupuncture and other traditional Oriental treatment techniques. In this modern world Acupuncture has become very popular in America, England, Germany, Brazil and France because it works and people are searching for natural forms of treatment. They are motivated by a desire to approach healing with Eastern traditions that have a holistic philosophy and elements of spirituality.

It has a place with individuals who, for diverse reasons, cannot use pharmaceuticals and will go to great lengths to avoid surgery. The essential difference between Western medicine and Traditional Chinese medicine is that the former aims to treat the symptoms of a disease, while the latter aims to diagnose the patterns of a disorder and treats it by bringing the body into homeostasis (balance). The use of new technology, based on the energy flow (qi) which runs through the acupuncture channels, is widely used by modern medical practitioners.

Over 30,000 Chinese medicine doctors graduate annually from 50 institutes throughout Asia. In America there are about 8000 Acupuncturists.